It’s been an exciting couple of months ever since my last post, and I wanted to share an update on everything, along with a surprise announcement for /r/beatsaber, as well as the entire Beat Saber community!

When I last posted an update, I had lost 10lbs so far, and managed to knock my blood pressure from about 158/90 to 127/87, in 2 weeks. It’s been 2 months now, so here’s what changed. I purchased Apple Watches for myself and my wife so we could better track our progress.

Additionally, my gastrointestinal problems that first caused me concern over my health have all but completely disappeared. Diabetes symptoms now only present when I do something stupid like down half a box of fudge cookies in bed (which I won’t do anymore).

When I first started, I mostly did Hard maps, with a little Expert thrown in for good measure, as long as it isn’t too crazy. I kept at it and improving, and after getting comfortable with Expert on most levels, I started training myself for Expert+ by doing Expert mode with “Faster song” enabled, or as I call it, “Turbo/Must Go Faster” mode. This has enabled me to reach standard Expert+ difficulty after just a few days of practice.

The most important aspect of this while trying to lose weight was to not sweat my scores, and just have fun while throwing as much energy as I can at the game. That means dancing while I play, swinging with full force, and making sure I involve my entire body in all my movements. That means challenge maps are right out the window for me, but that’s okay because I’m having fun and losing weight while getting fit!

My wife and friends were inspired by my hard work and all the success I’ve seen in such a short time. My best friend also bought a Rift and Beat Saber, and plays now too, as well as coming over on the weekends for Beat Saber Parties. My wife started streaming the game every weekend, burning at least 1,000 kcal per stream. We found out that with our health insurance, we get free gym access, so we also started going to the gym for weight training.

Diet has been a huge part of all this. I stopped buying processed crap for the most part, and switched to a diet rich in lean proteins and fiber. That means lots of steaks, chicken, pork, fish, fruits, and LOTS of vegetables. I replaced all snacks with fruit. I cut my caffeine/sugar intake to 16oz of sweet tea each morning. I track every calorie consumed and burned, as well as focusing on macro nutrients to make sure I’m not deficient in anything. Due to the IBS, I started adding daily multivitamins to aid in nutrient absorption.

All in all, I feel fantastic! I’m happier and more active. I want to do more things, so I do them. No home improvement project gets left behind in the name of procrastination these days! Even my music production has hit a whole new level of awesome, because I’m putting in so much effort. And that leads me to my announcement…

When I made my last post, I casually mentioned that I was a producer, and wanted to bring my music to Beat Saber. Unfortunately, it’s really hard to work, work out this much, produce music, AND make decent maps. I was told by multiple people here that my music would be perfect for Beat Saber. Luckily, another Redditor reached out to me and offered help with making maps! I was so excited that someone was willing to take the time, I didn’t even realize who they were at the time, and I didn’t care. All I knew was that this community is amazing and supportive! That person turned out to be /u/baxter395.

Baxter and I talked for a few days about the best approach, and ultimately decided it would be best if I came up with something new, designed for Beat Saber from the ground up. I had already started work on a new song, and was heavily inspired by my favorite songs on Beat Saber. My vision was to create a high-intensity interval training workout with the song. We went through many, many iterations of the song, trying to find out what maps best, what sounds good, and most importantly, how can we make it FUN? “Intensity” was born!

As time moved on and we kept working at it, this kept getting bigger and bigger. Baxter brought in more people to work on it, and it became the next Funrankable release map!

This was exciting enough to me, since Funrankable maps are awesome, but it didn’t end there. “Intensity” is now (update: Expertt+ must be unlocked, but lower difficulties are available from the start) in the new free DLC campaign released today for the Beat Saber Anniversary, released by BSMG (Beat Saber Modding Group)! It’s not the only unlockable thing you can earn by playing, so give it a download and see if you can find/unlock it!

Sure! You can grab the free map here:

I’ve been producing long enough to know that music is art, and art is subjective, so I know that my music isn’t everyone’s cup of tea. With that said, I’ve received a lot of positive feedback on this one since we started, so I hope everyone likes it! I’m definitely not one to spam, and any promotion at all feels spammy to me, so I hope that this puts my name out there, and maybe I can finally start earning some fans!

Since this was such a unique project for me, I wanted to do something special for it. Typically, I produce a basic visualizer music video to accompany my releases, but since this is all about Beat Saber, I wanted to make a Beat Saber music video for Intensity. Thankfully, /u/Whipstickgostop was kind enough to provide me with some mixed reality footage of Intensity, which I was able to import into FL Studio and do some interesting things. I wanted it to still be mostly about Beat Saber, so I tried to simply enhance what was already there, and add emphasis on heavier parts. The few people that have seen it tell me it’s awesome, so here’s the music video!

If you like the song, you can buy a copy for $0.99 starting today at most major retailers (iTunes/Google Play/Amazon), or you can stream it for free on Spotify (I still get paid, just less).

If you’d like to grab it DRM-free for cheaper, you can grab a copy from my website for a 20% discount ($0.79). All proceeds go directly to me that way (aside of PayPal fees, anyway)! Just use coupon code “/r/beatsaber” and receive 20% off anything on my shop, no limits! This coupon expires May 31, 2019.

I want to take the time to thank this community, as well as the developers for making this amazing piece of software. Nobody believes me when I tell them this is still early access. THIS is what early access games are supposed to be!

The encouragement I have received from this community has inspired me to keep pushing forward, and I have every intention to keep making music for Beat Saber, and working with good mappers to bring you all quality fun.

I don’t know if this will ever mean more success for me and my music, but that’s not why I’m doing it. Beat Saber let me rediscover my love for music, while quite literally saving my life. And for that, I thank you all!

Without the following people, none of this would be possible, so extra thanks to: 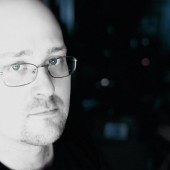 Apoc is an EDM producer in Daytona Beach, FL. Apoc has been producing various subgenres of electronic music for 20 years, but never quite figured out marketing, so that's probably why you're just now hearing about him. Apoc tends to favor producing Progressive House, Drum and Bass, Electro, and Breakbeat. Of course breakbeat, otherwise it wouldn't be Florida, would it?